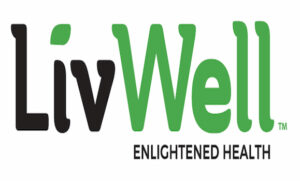 Scythian Real Estate is a Denver-based real estate company that focuses exclusively on cannabis properties used as dispensaries in states where recreational marijuana is legal. Scythian recently added to its growing portfolio of cannabis properties by acquiring three Colorado facilities in sale-leaseback deals with LivWell Enlightened Health. The Scythian Real Estate Fund now has 23 different properties, with additional opportunities in the pipeline.

The three facilities acquired by Scythian from LivWell Enlightened Health are:

Together, these Colorado properties total almost 12,000 square feet. All three properties are currently being utilized by LivWell Enlightened Health as dispensaries for both recreational marijuana and medical marijuana. LivWell is a Colorado-based company that was founded in 2009 and that presently has 22 dispensary locations in Colorado, making it one of the most successful cannabis operators in the nation’s most mature legal cannabis market.

Ryan Arnold, a partner at Scythian Real Estate, emphasized the importance of working with a sophisticated cannabis operator like LivWell Enlightened Health. Arnold noted that “LivWell has made a great impact on the cannabis industry here in Colorado.” As Scythian looks to expand its own reach beyond Colorado – the fund already has other cannabis properties in North Dakota and Pennsylvania – relationships with established cannabis companies will become even more important.

Scythian is the real estate partner of choice for major players in the cannabis industry, including LivWell, Curaleaf, and Columbia Care. If you are a cannabis operator looking for additional capital or assistance with entering a new cannabis market, email us today.